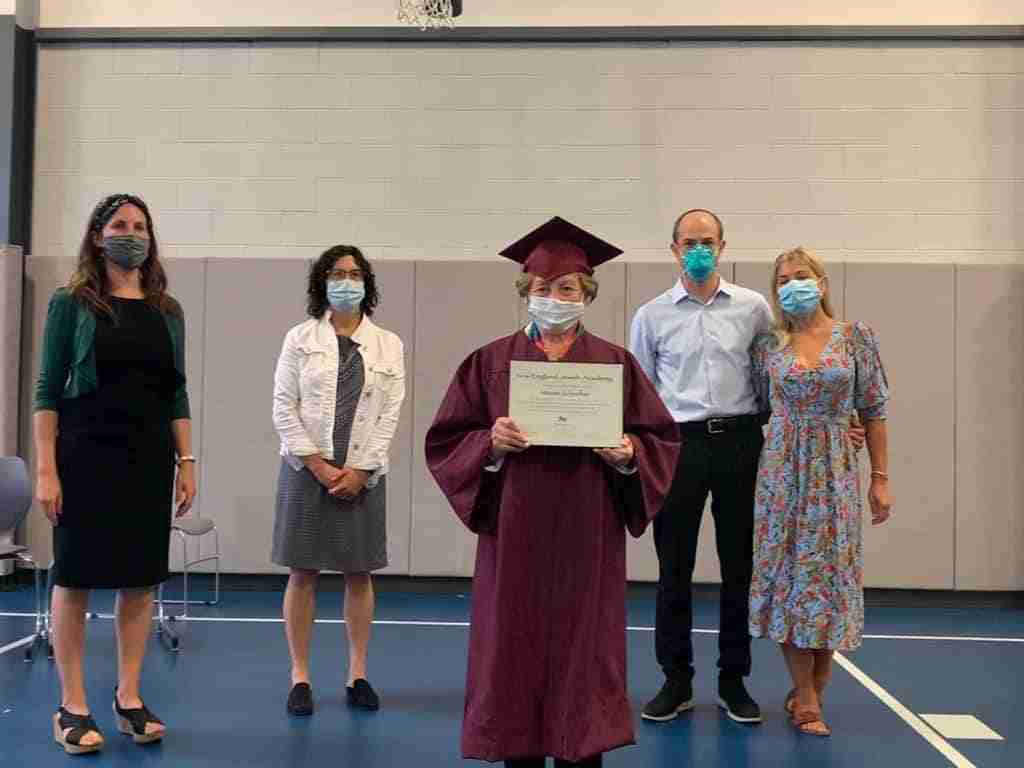 WHAT A SPECIAL DAY!! Mazel Tov to Miriam Schreiber on receiving an honorary degree of the New England Jewish Academy today!!

West Hartford resident Miriam Schreiber was 7 years old and eagerly looking forward to beginning school in eastern Europe when World War II broke out and put an end to her formal education.
Surviving bitter Siberian forced-labor camps, post-war displacement and continued discrimination and anti-Semetism in post-war Europe, Miriam and her late husband Saul moved to the Hartford area and together built a beautiful life and family. She was self-educated, learning 6 different languages along the way, but always regretted not receiving a formal education.
A few months ago, Jewish Family Services of Greater Hartford (JFS) brought a few students from the New England Jewish Academy (NEJA) to meet with Miriam and hear her story. They were so inspired that they wanted her to graduate alongside them, receiving an honorary diploma at their graduation. COVID-19 hit and canceled their graduation but NEJA and JFS wanted to make sure that Miriam still had her moment.
Today, in a small ceremony, NEJA presented Miriam with an honorary high school diploma – fulfilling a decades-long dream of hers.
Thank you to Miriam Apter Brander, Erica Ritzer Kapiloff, Dr. @Richard & Doris Loeb Nabel, Juanita & Yitz Moss and so many others for making this possible!!