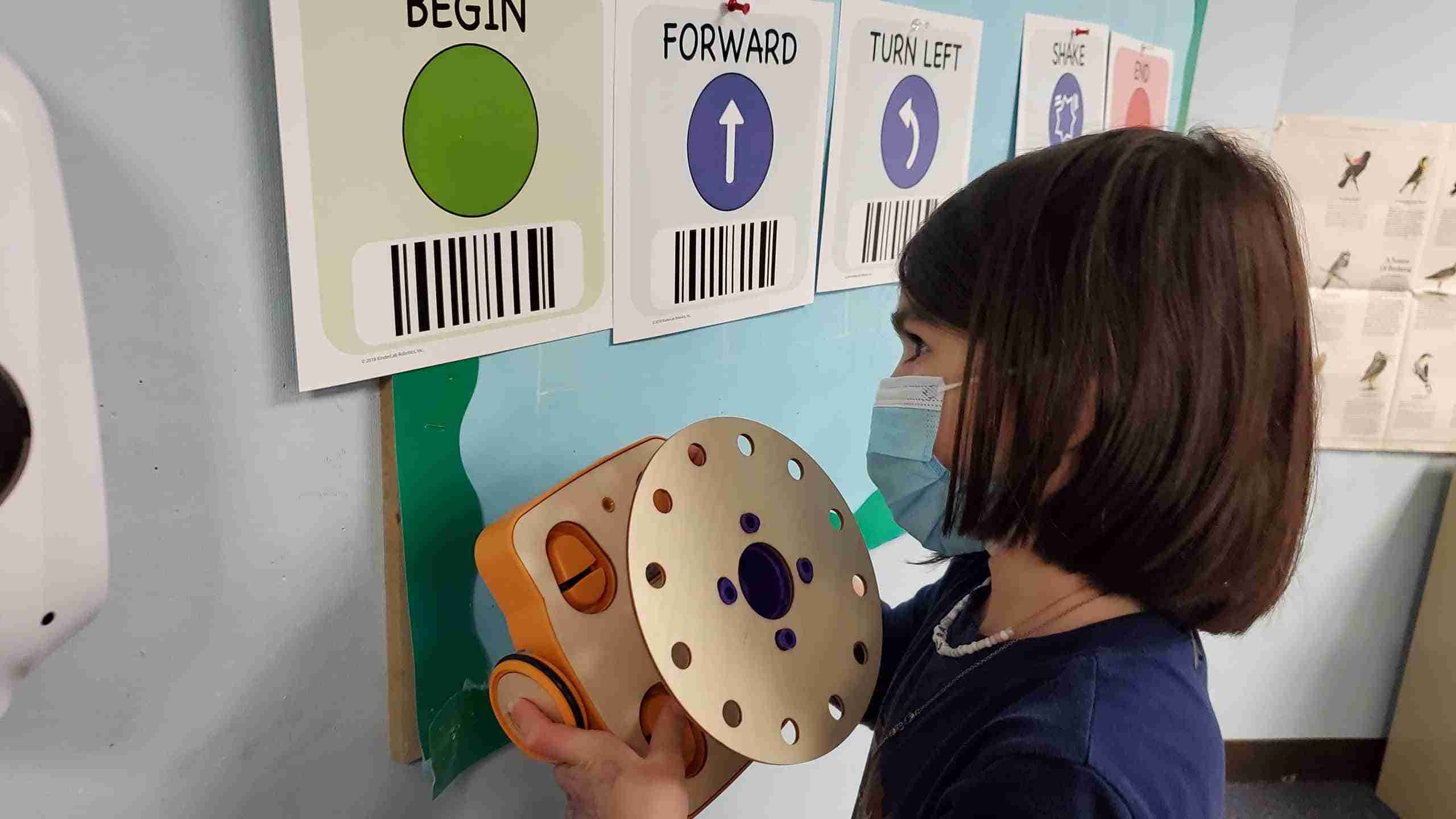 This morning the first graders, along with the second grade helpers, completed the KIBO  programming that they began last week which included repeating commands to have KIBO go in a square. The children had their robot  go forward, turn left, (4 times,) and then sing and shake their lulav. Some of the steps during the engineering design process included having the wheels go either bumpy or smoothly and did it make a difference?,  building a platform that would hold the lulav, (many variations were available,) having it go around their individual BIMAH they built during Sukkot, and sing and shake. They also decided which sensors they needed and which were not needed to have a successful program. The pictures and videos attached show the class both during the process and trying it out!